All the dollar remittances that Filipina OFWs send back to the Philippines cannot justify the extreme hardship they suffer at the hands of their employers in the Middle East.

A few years ago, the nonprofit organization Human Rights Watch interviewed 99 domestic workers based in the United Arab Emirates, which is home to an estimated 146,000 domestic workers. Most reported working long hours of unpaid overtime—sometimes up to 21 hours per day—and many said that their wages had been withheld. Others had been confined to their employers’ houses, or deprived of food or rest. 24 reported physical or sexual abuse.

Maids being abused seems to be the norm in all of the middle east.

“I was 33 when I started work in Jeddah [a Saudi port city] for the first time,” says Norhana Abu, a Filipina woman who left her hometown of Manila to find work abroad. “My husband didn’t have a good job, there is job sometimes and sometimes no [sic], and I wanted to have money to send my children to school,” she explains.

Her first employer, a 60-year-old housewife, was “very nice.” But Abu’s troubles began when her boss’ physiotherapist asked if she could borrow Abu, because she was pregnant and needed help around the house.

Abu says that she suffered severe eczema as a result of doing household chores, like laundry and dishwashing, around the clock. “Even when I bathed myself, I had to use gloves because there was a lot of blood from my irritated hands,” she says. “No rest, no sleep, no day off.” After she was returned to her original employer, Abu ran away while on a trip to London with the family and has since been living an independent life.

Many attribute the treatment these workers face to the Kafala system, which exists in rich Arab Gulf states such as Saudi Arabia, the United Arab Emirates, and Kuwait. It ties the worker to their employer in a visa sponsorship system that means that they can only switch jobs with their employer’s permission. This often allows the employers to feel like they have complete control over the maid and will not be reprimanded for however they choose to treat them.

Unfortunately, the law is not usually on the side of domestic workers. The International Labour Organization (ILO), a specialized agency of the United Nations, found that almost 30 percent of the world’s domestic workers work in countries where they are completely excluded from national labor laws. It means that these women often have no protections like weekly rest days, minimum wage, overtime, and limits on hours of work. 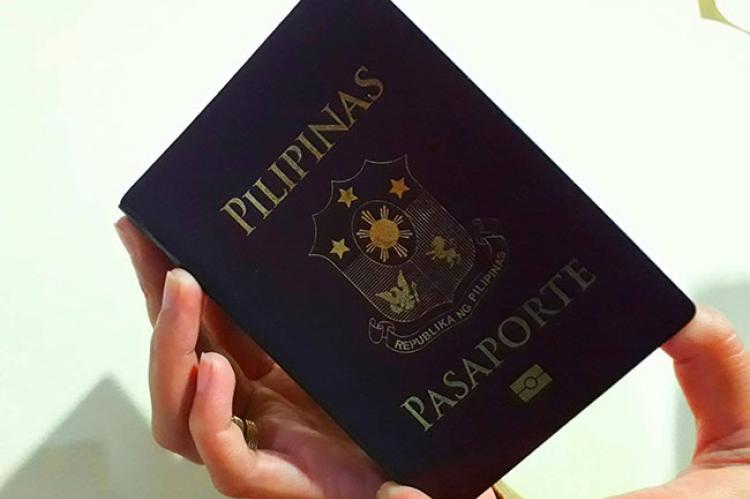 Upon arrival, passports are also often confiscated in an attempt to prevent the workers from running away. While this is often illegal elsewhere, authorities in many Arab countries will barely bat an eyelid at what has become common practice. Indeed, if the workers were to run away they would be liable for arrest and deportation, regardless of whatever atrocities they may be running away from.

“Many employers actually lock their homes so they are literally escaping—climbing out of windows and so on, risking their lives… Some of them get seriously hurt trying to do this but if they manage and they’re found on the street, they’ll get arrested,” explains Rothna Begum, a women’s rights researcher for Human Rights Watch. “If they turn up at a police station to complain about abuse, they’re likely to get arrested instead [of their employers]. The presumption is always to arrest the domestic worker.”

In many cases, even their own embassies can’t help them. “The only thing you can really do when you escape is try and get to your embassy as quickly and safely as possible, but only some will shelter you,” says Begum. “Many either don’t exist as there is no embassy in the country, or often they’ll say come back tomorrow, but for many people they literally have nowhere else to go.”

In a survey of United Arab Emirates domestic workers, interviewees said that it was not worth running away or going to the authorities for help, as their employers would be able to bribe the police or embassy. In many Arab countries, patriarchy, sexism, and entitlement make for cultures that resemble an elite men’s club. Social power comes down to wasta, the Arabic word for “connections” or “clout”—and foreign workers often have very little wasta indeed.

“I did not receive my salary for nine months but I couldn’t say anything. When my visa expired my employer brought me to the police station and accused me of something I didn’t do,” says Mirasol Zamora, a Filipina who worked as a housekeeper in Kuwait. “I tried to complain about her [my employer] abusing me and not paying my salary but they didn’t listen and I was put in jail for six months, after which I was deported. I never received my salary or my justice.”

But the root of the issue lies far beyond just the law. Sherifa Zuhur, a visiting scholar at the Center for Middle Eastern Studies at the University of California argues that “there is a culture of slavery in Saudi Arabia and in many Arab countries… it is a culture of owning people, from one’s own children and female family members to employees.”

“Culture of slavery” may be strong words to use, but Arab society is one built on patriarchy, obedience, and delegation. As an Egyptian-born and London-raised woman, it’s something I have experienced myself. Despite growing up in a very liberal family, I am no stranger to the customs and ideologies that dictate that men reign supreme. The influence men have over women is apparent in the way in which daughters, regardless of their age, often have limited freedoms. Many of my twenty-something-year-old Arab girlfriends still have enforced curfews and are made to report back to their brothers or fathers ahead of every decision. One 28-year-old Saudi-born friend doesn’t even have keys to her own family house in London—she has to ring the bell to be let in, alerting her family to her whereabouts at all times.

In turn, wives delegate to the domestic workers like Norhana Abu and Mirasol Zamora, who are everywhere. Indeed, everything is readily available and accessible in the Arab world — even McDonalds, pharmacies and corner shops deliver straight to your door, facilitating the belief that everything can and should be done for you. “To some extent I believe the availability of services creates the idea that everything should be done for us,” Maalim agrees. “It’s that mentality of ‘if someone can do it for me, why should I?’ I think that logic makes it easy for many to view maids, cooks, cleaners, drivers and etc as merely a ‘service’ as opposed to human beings.”

– mostly culled from an article by Alya Mooro